In July 2022, the exhibition space at the Kunsthalle will be transformed into a walk-in installation. Partly equipped with tablets and headphones, the visitors move through scenarios of a big city and slip into the role of different protagonists. URBAN NATURE is the name of the latest production by the author-director team Rimini Protokoll, which realizes exhibition and theater projects internationally. In 2022, the Kunsthalle Mannheim will realize the multimedia and interactive exhibition project in cooperation with the National Theater Mannheim. URBAN NATURE deals with the transformation of urban spaces from various economic perspectives. The city becomes a magnifying glass for the extremes of society. The audience is invited to immerse themselves in the lives of seven real people, "experts of everyday life", who open the view to their personal experiences, survival strategies and utopias. Every eight minutes, the audience changes perspective and views the cityscape through the eyes of an investment advisor, a prison guard, a child, or a young woman who has lived on the street.

The collective Rimini Protokoll was founded in 2000 by Helgard Haug, Stefan Kaegi and Daniel Wetzel. For over 20 years they have been realizing internationally successful exhibition and theater projects in various constellations. Many of their works are characterized by a playful approach to technology. In 2013, for example, they resorted for the first time to the interactive format of video walks for the project "Situation Rooms" in order to make the conflicts of global arms trade immersively tangible. The collective's exhibition projects have already been shown in numerous institutions worldwide, such as the Heidelberger Kunstverein, the Albertinum in Dresden, the Kunsthaus Zürich, the Royal Academy of Arts London, and the Brooklyn Museum New York. With the project URBAN NATURE, Rimini Protokoll continues its long-standing collaboration with scenographer Dominic Huber.

URBAN NATURE is a production of Centre de Cultura Contemporània de Barcelona - CCCB and Rimini Apparat. In co-production with Kunsthalle Mannheim, Nationaltheater Mannheim and Grec Festival de Barcelona. Funded by the German Federal Cultural Foundation, by the Federal Commissioner for Culture and the Media and by the Senate Department for Culture and Europe. In collaboration with Mediapro and Intitut del Teatre. 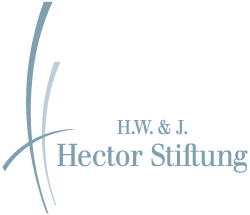